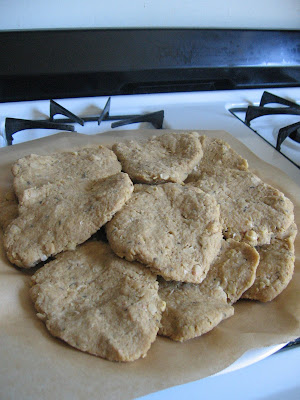 13 Chickpea Cutlets to be exact. I don't know what came over me the other day. Reno went for her a.m. nap and I'm sitting around and just decided that I was going to make a boatload of chickpea cutlets. I didn't realize that I would make that many. There's only 2 of us. We shouldn't eat that many. So I decided to cook one up for Reno when she woke from her nap. SHE LOVED THEM!! I was so excited. Not only does she get protein from the chickpeas but she also gets it from the vital wheat gluten. She ate them all week like we did. 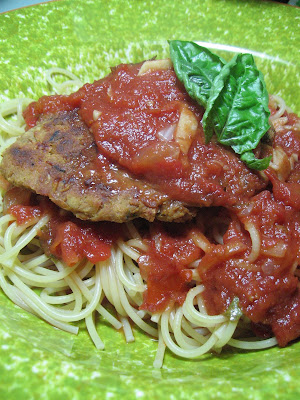 Only after I made this did I realize that a nice cheezy substance would have been nice sprinkled on top. I usually fry the cutlets in a little bit of oil but these cutlets were baked in the oven. It's my new favorite way to eat them. They still get they "fried" taste from the oil I lightly spray on them instead of being fried in more oil then I really need to consume. 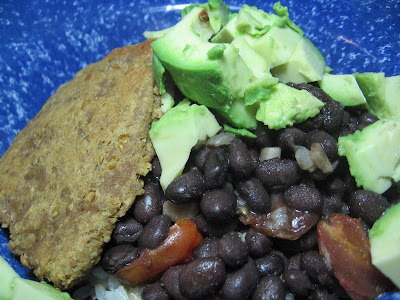 We have also recently discovered that Reno loves Rice and Beans. So we are eating that a few times a week again for now. The cutlet paired really well with the whole dish and it was a super satisfying meal for the 3 of us.

How cool is it that one of the ANTM contestants is a vegan?!??!

We adore chickpea cutlets. They are easy to prepare and are so versatile!

I make several batches at a time. They freeze very well. I usually make a batch or two into nugget size pieces. My kids like them better that way.

Holy wow! I still haven't tried the chickpea cutlet recipe . . . I think you may have convinced me to FINALLY make them!

Maybe next time you could make Reno some chickpea sticks to dunk into sauce. I had a feeling she was going to be a good eater, because you are such a good cook!

that's a lot of tasty look'n chick pea cutlets! and hooray for Reno loving them, too! that's awesome! :D

I've been addicted to these chickpea cutlets ever since I got the book. Your No-Parmesan Chickpea Cutlets look really yummy!

We made the chickpea cutlets once but they were too soft. We must try again! Gotta try them with pasta and sauce - that looks so good!